Our team is comprised of high caliber finance professionals with extensive experience in both the corporate and nonprofit sectors. 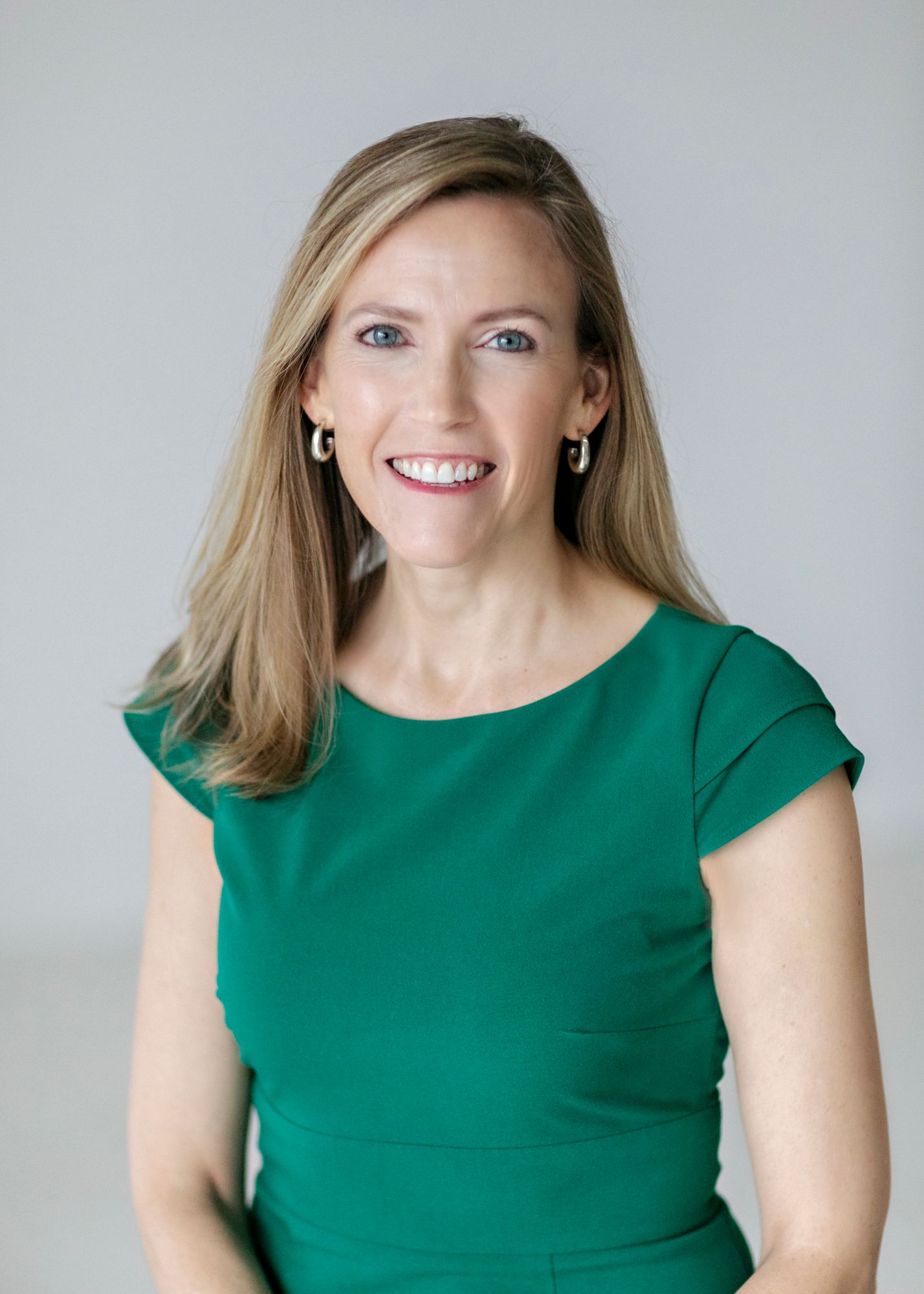 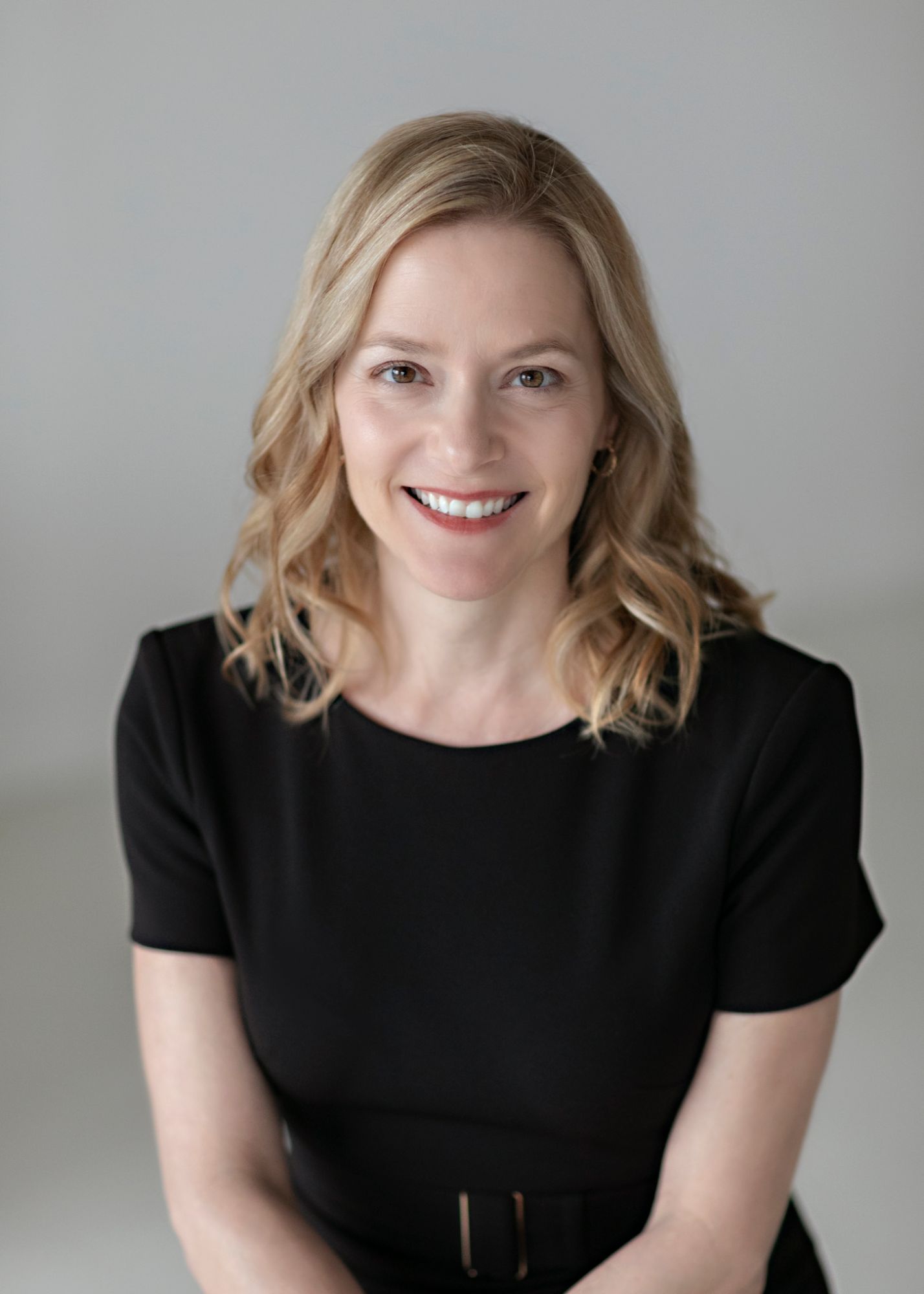 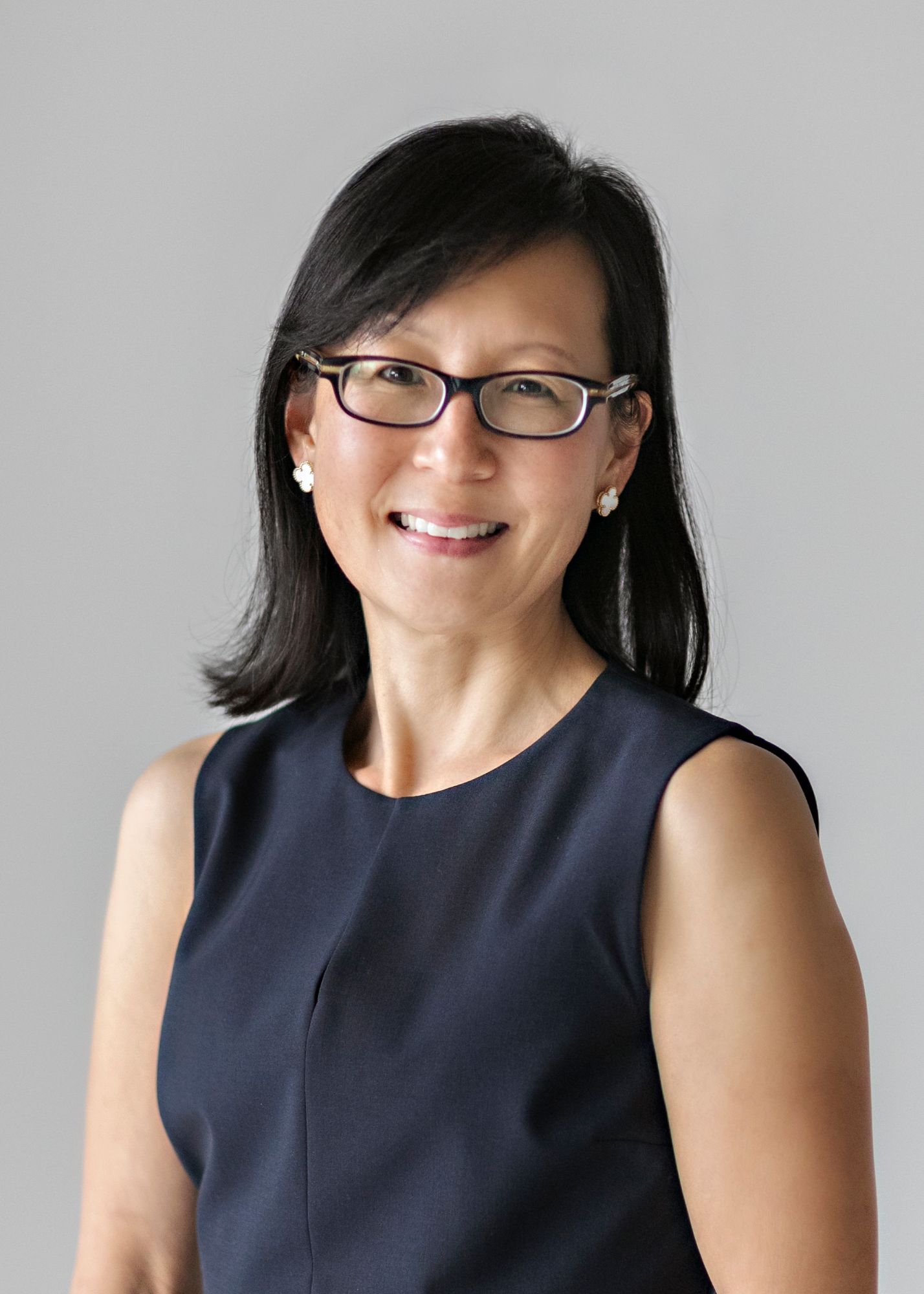 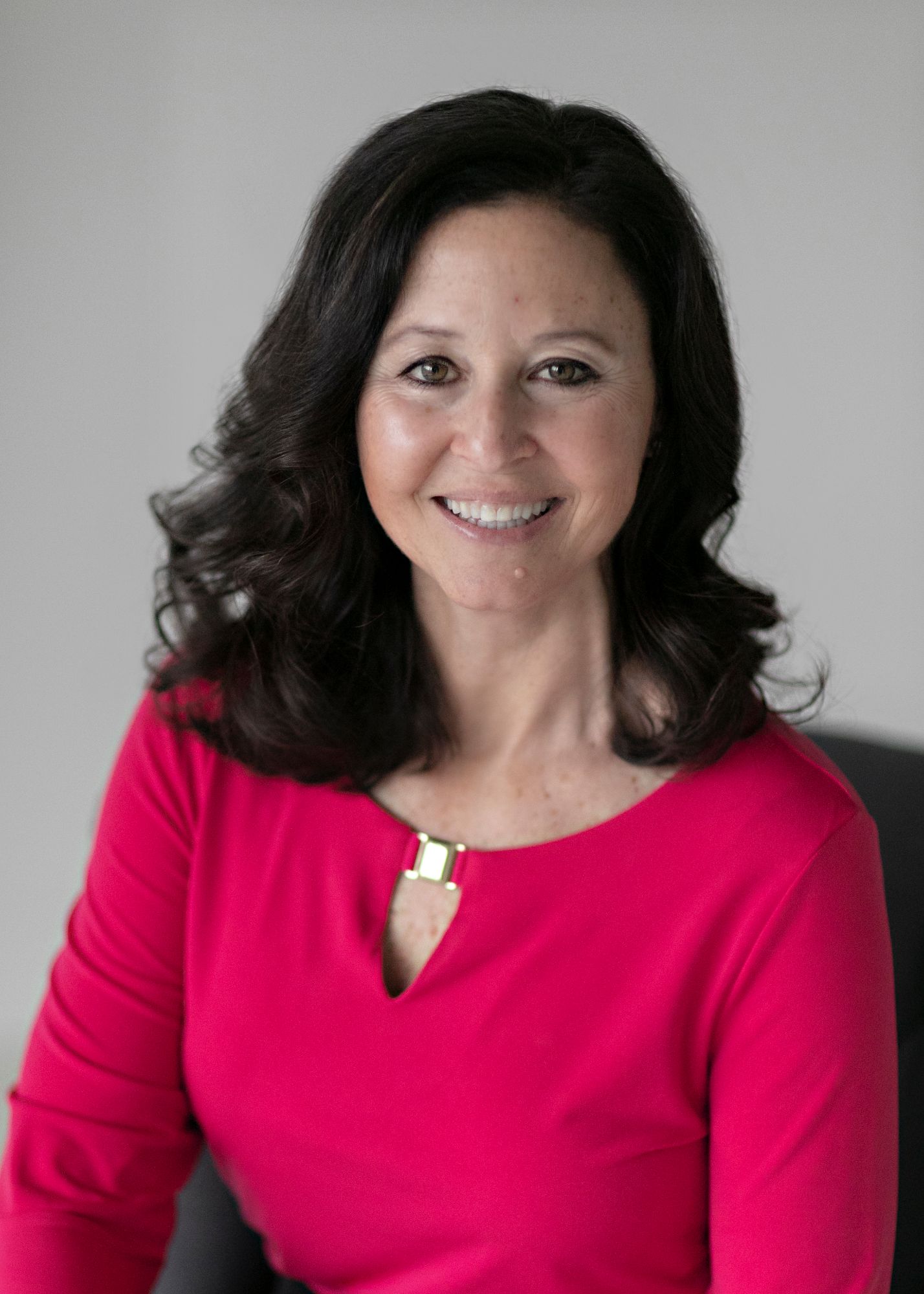 Jenny is the CEO and Founder of JP Latz Advisors, leading a team of high caliber CFOs delivering expertise in financial management on a flexible basis. She also serves as an independent CFO and financial advisor for clients including private companies, nonprofits and investors.  Since 2010, Jenny has served as CFO of Trees Atlanta, a nonprofit organization dedicated to conserving and planting thousands of trees each year, as well as educating the community.

Prior to starting her own business, Jenny spent twelve years as an investment banker in New York with Morgan Stanley and in Atlanta with SunTrust Robinson Humphrey. During this time, Jenny advised clients through all stages of the corporate life cycle, including early stage capital raising, add-on acquisitions, merger opportunities, later stage financings, divestitures, recapitalizations and exit and sale alternatives. Jenny led and executed numerous mergers and acquisitions, private placements, public equity offerings, fairness opinions and financial advisory engagements and successfully completed over $3 billion in transaction volume across a diverse range of industries.

Jenny currently serves on several Boards and Board Committees in the Atlanta area:

Jenny is a member of the Duke Alumni Admissions Committee and was named a CFO of the Year Finalist by the Atlanta Business Chronicle in 2013.

Jenny is a graduate of The Westminster Schools, earned a degree in Psychology and Markets and Management Studies from Duke University and an M.B.A. in Finance from The Darden School at the University of Virginia.

Cathy is currently in the role of Director of Finance at the Atlanta BeltLine Partnership and recently began serving as the CFO of Chastain Horse Park. In both roles, Cathy is responsible for budgeting, monthly financial reporting and cash flow forecasting as well as overseeing the completion of the audit and Form 990.

Offering deep expertise in financial analysis and communications, Cathy began her career at the Federal Reserve Bank of Atlanta where she was a financial analyst and an associate bank examiner. During this time, Cathy conducted detailed analysis of banking activity, performed bank financial examinations and presented findings and recommendations to bank presidents. After completing her M.B.A., Cathy spent five years with AT&T BellSouth where she was first recruited as a manager in the company’s finance leadership program. In this position, Cathy played a key role in the development of multi-year strategic forecasts and business unit financial models. Cathy later served as a general manager in Investor Relations with Delta Air Lines where she acted as a liaison between the company’s executive leadership and Wall Street investor and analyst communities. Cathy was instrumental in developing the comprehensive investor communications plan for the Delta/Northwest merger, as well as many earnings and investor conference presentations for Delta’s CEO and CFO.

Cathy previously served as Treasurer of the Board of the Sarah Smith Education Foundation, where she oversaw all financial activities of the organization. She is a past Treasurer of St. James Preschool and has been an active alumni member of the admissions and fundraising programs at Duke University and Agnes Scott College. Cathy graduated Phi Beta Kappa from Agnes Scott College with a degree in International Relations and has an M.B.A. from Duke University’s Fuqua School of Business.

Amy currently serves as a CFO and Special Projects consultant for clients in a variety of industries including real estate and financial services. Previously, Amy served as the Director of Finance at The Atlanta BeltLine Partnership, a nonprofit organization dedicated to advancing the Atlanta BeltLine vision of connecting 45 intown neighborhoods via multi-use trails, modern streetcar, and parks. In her capacity at ABP, Amy implemented monthly financial reporting, developed cash flow forecasts, managed ABP’s audit, led its budgeting process and redesigned ABP’s general ledger.

Prior to working with JP Latz Advisors, Amy spent 10 years as an investment banker in New York with Merrill Lynch, Bear Stearns and JPMorgan Chase where she executed capital raising and merger and acquisition transactions for clients across a diverse range of industries. In her investment banking career, Amy completed over 50 transactions totaling approximately $15 billion of capital. Amy was also actively involved in the recruitment, training and mentoring of junior professionals. Amy previously served as the Director of Finance at Teach For America in their national office where she managed its $30 million budget. While at Teach For America, Amy streamlined its budgeting process, implemented cost saving strategies and managed its endowment.

Amy serves on the Board of Directors and the Finance Committee of Odyssey Atlanta, a nonprofit delivering a summer education and path to college for Atlanta area students.

Amy is a graduate of The Westminster Schools, earned a degree in Economics and Mathematics at Wellesley College and an M.B.A. in Finance from The Wharton School of the University of Pennsylvania.

Based out of Austin, Texas, Priya is currently serving as CFO of The Empty Stocking Fund, a nonprofit organization that empowers families by providing gifts during the holiday season and school supplies throughout the year. In her role, Priya redesigned the general ledger, implemented financial reporting and budgeting procedures, established internal controls and manages the financial operations of the organization. In addition, Priya is providing financial leadership and strategic support for an investor group on an interim basis to a top-tier international brand.  Priya has also conducted and delivered in depth assessments of financial operations for clients.

Priya currently serves on the board of Easterseals Central Texas. She is also a member of the Austin Social Sector Consultants and Social Venture Partners networks.

Prior to joining JP Latz Advisors, Priya spent 7 years in leadership roles at Magnitude Software and Relay GSE where she helmed the finance function to lead each organization through rapid growth and change.

As the head of FP&A at Magnitude, a SaaS company, she re-built the FP&A function and led the organization through a successful $340M exit. In this role, Priya developed an annual budgeting and forecasting process, set-up financial and operational KPIs, and facilitated the integration of two acquisitions. She also oversaw the implementation of Adaptive Insights and its integration with NetSuite and Salesforce.

During Priya’s 5 year tenure at Relay GSE, an education nonprofit, it tripled in size from $17M to $60M. Priya led the finance function through this rapid-growth phase. She grew the finance department from a team of 2 to a team of 8, oversaw the accounting and payroll team, managed the company audit, led annual budgeting & forecasting and worked cross-functionally with HR and Development. Additionally, Priya drove the company-wide migration to the Unit 4 ERP system in which Relay replaced most existing technology systems across the organization (Fund E-Z, Namely, Greenhouse, Jenzabar, etc.).

Priya spent the first 10 years of her career in the investment banking sector working in New York at Morgan Stanley and Training The Street and in Atlanta with SunTrust Robinson Humphrey. On Morgan Stanley’s Global Sustainable Finance team, Priya helped push forward a series of impact investing initiatives including guiding the development of a $125M fund-of-funds. At Training The Street she led analyst & associate training programs at more than 35 investment banks providing technical job skills related to corporate finance, valuation, financial modeling and Excel.

During her time in New York, Priya pursued her passion of serving at-risk youth by founding a nonprofit that provided performing arts programming to at-risk children. Priya acted as Executive Director of In Motion for five years where she drove the development and execution of programming, managed 15 staff members, and fundraised.

Priya is a graduate of Blair Academy and earned a B.B.A in Finance from Goizueta Business School at Emory University where she was a Political Science dual major.

Dana provides CFO level support for Food Well Alliance, a nonprofit dedicated to building thriving community gardens and urban farms across metro Atlanta. In addition, Dana has provided CFO consulting services to a private healthcare company and an international nonprofit supporting accessibility for individuals with disabilities. In these roles, she has implemented process improvements and facilitated budgeting, forecasting, and monthly reporting. She has offered expertise in accounting system structure and design as well as innovative solutions for expense tracking. Dana has also delivered comprehensive financial and operational assessments for clients.

Previously, Dana provided financial services for Meru LLC, a boutique restructuring firm. In this role she managed cash forecast and performance models, and was instrumental in the creation of a cash management and investment program. For the past 20 years, Dana has also managed the finances for Trojan Partners, a private real estate partnership, where she has overseen daily financial operations, assisted with tax preparation, and prepared customized financial reports and budgets for the business owners.

In addition, Dana has extensive experience in the charitable sector. For the past five years, she has managed the financial and tax reporting for a closely held family foundation. She has also been active in the community serving on the Advisory Board of Trinity School’s Spotlight on Art and as an executive board member of The Parents Association of The Westminster Schools where she has assisted in the financial management, reporting and analysis for both organizations. Dana is also the past Vice Chairman of the Board of Trinity School.

Dana began her career at Bankers Trust Company/Deutsche Bank in New York City where she was ranked first in her merchant bank training program class. She later worked in the bank’s corporate finance unit, providing leveraged acquisition financing for Fortune 500 companies. Following this position, Dana served as a Senior Financial Analyst in the International Treasury Department at RJR Nabisco where she evaluated and implemented international financing strategies including cross border leases, foreign currency financing, and debt for equity swaps. Dana later joined GE Capital where she was part of a team that provided mezzanine financing for mergers and acquisitions of middle market companies.

Dana is a graduate of The Hotchkiss School in Lakeville, CT and earned a BA in Economics at Duke University.

At JP Latz Advisors, Kimberly provides CFO level advisory services for private companies and nonprofits across a diverse range of industries. Kimberly is currently serving as the CFO of the Latin American Association, a nonprofit dedicated to supporting the Latino community. In addition, Kimberly serves as CFO of Cole Construction which specializes in building custom homes. Kimberly also works on a project basis serving as a Senior Investment Analyst for a large family office overseeing a multi-million dollar investment and real estate portfolio.

Previously, Kimberly served as the Interim Director of Finance for Georgia Legal Services Program, a nonprofit providing free, civil legal services to low-income Georgians. Kimberly also provided financial services for a large lumber company where she collaborated with senior management and an independent consulting team to analyze, forecast, and market three distribution facilities which resulted in a successful sale process.

Prior to joining JP Latz Advisors, Kimberly worked at Credit Suisse First Boston in the Private Client Services Group where she oversaw a $490 million portfolio and advised high net worth individuals, family offices, and pension funds on traditional and alternative investment solutions. Previously, Kimberly served as an auditor and asset portfolio manager for an asset-based lending company where she focused on small to medium companies forecasting cash flow, identifying potential problem areas and associated risk exposure and developing and implementing financial system flows such as budgeting, reporting and forecasting models.

Kimberly serves as Treasurer of the Board for the Center for the Advancement and Study of International Education (CASIE), a nonprofit supporting multi-language programs and international understanding through educator professional development.

Kimberly received her M.B.A. in Finance from Vanderbilt University and her B.S. in Accounting from Oklahoma City University.